The freedom of the mountains and prospect of topping out on mountain summits with panoramic views is what drives many of the members to head for the outdoors and train as “Mountaineers".

There are many forms of mountaineering from walking in the hills of the Lake District/Wales to mixed rock and ice climbing in the Scottish highlands, alpinism and expeditions to higher mountains ranges of the world.

Undertaking any activity in the mountains often requires a combination of both rock and snow craft depending on whether the chosen route is over rock, snow or ice. All require a level of skills and experience, planning, athletic ability, and technical knowledge to maximize safety and overall chance of success.

The club has members with varying levels of experience, from beginners through to summiteers of high mountains worldwide.

The club arranges a meet to the Alps annually.

In 2019 we were in Glen Brittle again and had good weather to climb on Sron Na Ciche climbing Cioch West, Cioch Direct, The Arrow, Integrity and Shangri La:

In 2018 we joined the DMC meet at Achnasheen and had some great weather in Torridon, before continuing to Skye and completing the Pinnacle Ridge, Sgurr Nan Gillean. Later we continued to Glen Shiel to climb the Forcan Ridge and finally to Binnein Shuas to climb Ardverikie Wall:

In May 2017 Gill and I joined the DMC meet in Glen Affric, but then went on to Skye and after an unsettled start to the week enjoyed a couple of fine days on the Skye Ridge: 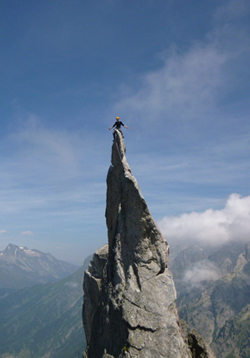 Tuesday morning and most of us were woken by Jeff who having been across to look at the meteo declared that we had a small window of opportunity and should plan accordingly. Suddenly there was frantic packing of rucsacs. Mike planned to go for a walk and the summit of Piz Cam, 2634m, was the aim. Starting directly opposite the Spazzacaldera cable way, so I was able to drop off Dave and Greg who were going to spend the night at the Albigna hut. Their intention was to climb on the Spazzocaldera on the first day and the Albigna the second. Jon, Jeff and Steve spent the morning preparing for the Badile. Their intention was to walk up to the foot of the North Ridge, bivvy, and set out on the ridge early the next morning. 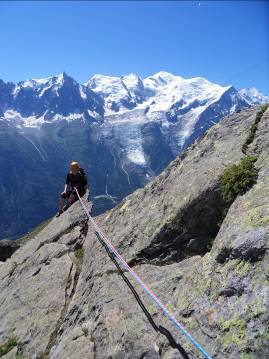 After weeks of planning and strategic packing of gear, Helen and I arrived at Les Arolles campsite in Chamonix around 1am in the middle of the night. This wasn’t our intention, it was our transfer that was delayed, having actually arrived in Geneva from Manchester ahead of schedule. We found a pitch and the busy campsite and quietly set up camp which would be our home for the next two and a half weeks. We would later be joined for a week by Mike, Dean and Dave but had the first couple of days to ourselves. 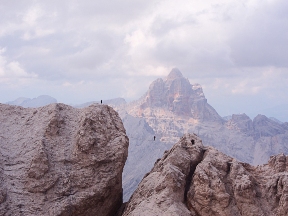 The Dolomites were chosen for the club’s alpine trip this year, swayed easily by the sumptuous coffee table book found in the Agnes Spencer hut on a cold January evening. Having searched high and low for an affordable chalet without success we opted for Camping Rochetta on the outskirts of Cortina D’Ampezzo. This is a great base with easy access to mountains all around and a fantastic climbing area, the ‘Cinque Torre’, just up the road. 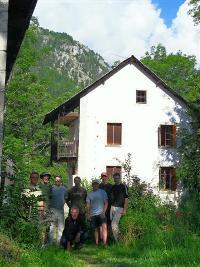 The 2011 Alpine meet took place in the Ailefroide valley in the heart of the EcrinsNational Park – part of the French Alps situated between Grenoble and Gap. The meet was well attended with a range of abilities and experience represented within the group.