History of the DMC

The Derwent Mountaineering Club started life in September 1972 after a few members of the Matlock Motor Club discovered there was life beyond the tarmac. Notices placed in local shops, including the recently opened Bivouac in Matlock Bath, led to a meeting at which George Fowler, prime instigator, arriving late after his car had broken down, found himself elected president of the new club. The inaugural meet, at Aldery Cliff, Earl Sterndale, on 1 October 1972 was preceded by a memorable party on Smedley Street, complete with a rolling of beer cans competition down Bank Road! Members travelled from Sunderland and London to share the fun. So the twin social and sporting aspects of the club were there from the start. Family and fun meets, with competitions inclusive for all the family, continue to be part of our calendar. 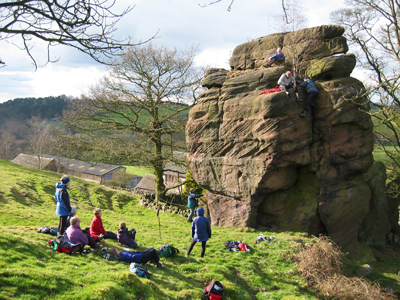 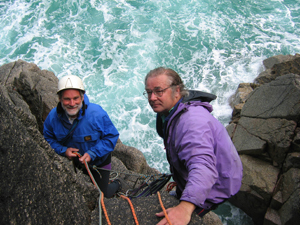 The first journal: 1973, included accounts of aid climbing in Millers Dale, the first away weekend meet to Wales, in late November 1972, with routes ticked off on Dinas Mot and the first annual dinner in 1973. Aid climbing may be rare now, but the dinners continue, occasionally with pantomimes and always with silly prizes for the daftest exploits of the year. Soon the Club joined the B.M.C. This made it possible to book club huts and start a programme of monthly away meets. These weekends, usually to Wales or the Lakes, continue to be the highlights for some members, others enjoy the regular local Wednesday evening and Sunday meets.

The years rolled by: summer trips to the Alps, winter meets to Scotland; Easters, in the 1980s were spent in Cornwall or Pembroke, morphing into Provence and northern Spain as we moved into the 1990s. Skiing trips, on piste and mountaineering, and more recently ice climbing, fill out our winter months. 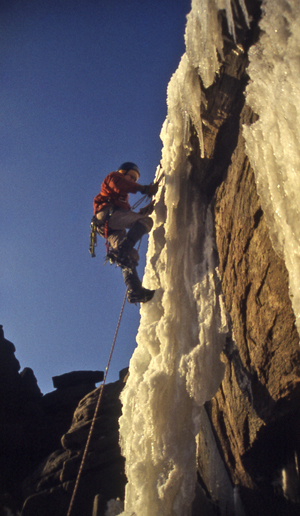 Back in 1974 the club debated the wisdom of joining the Derbyshire Caving Association but the cavers grew in number and a Caving Section was formed in 1977. By 1978 climbing walls started to feature on the winter calendar and continue to form a regular social gathering in winter, along with the scary outdoor nights, navigation games and night climbing. Others go running and we usually have a good turnout for the Dovedale Dash. A photography competition has been part of the calendar since the 1970s, recently supplemented by a winter lecture programme where members tell us about their exploits. Recent shows include trekking in Ethiopia, Mountain biking in Morocco and travelling solo in Rwanda, Tibet and Mongolia.

Now, in 2012, the club is approaching its 40th anniversary. We have had a lot of fun together over the years, and today we have the biggest membership ever. A quote from Journal 9 sums it all up really:

“Many good routes have fallen, (as have some members) much snow has been tramped underfoot, many mountains ascended and much ale consumed.”

Long may it continue.