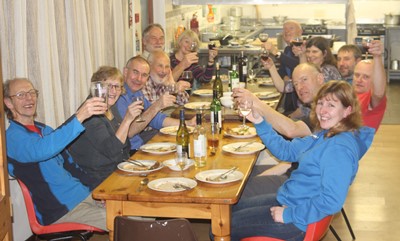 Better weather this time - the rain didn't start until 11 o'clock on New Year’s Eve. The downside is that everybody had set out by then, so we thought we might as well persist. Big mistake - the rain made up for lost time by getting a gale behind it and becoming torrential. 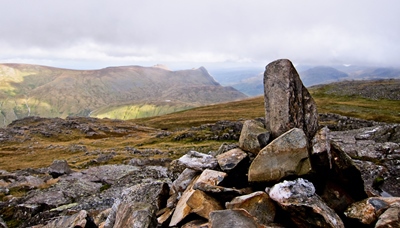 The weekend was attended by a small select group! The Hut was cosy, and well situated. 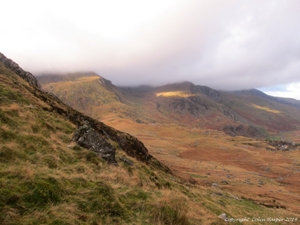 This year’s meet took place at the salubrious Glan Dena hut in the Ogwen valley. It (the hut) is warm and dry, has hot showers and plenty of space, especially for the important task of cooking. This being the pre- Christmas meet, one of the highlights is the communal meal on the Saturday evening where members bring food to share. As always there was a fantastic array of dishes to try; the only downside is that it is difficult to sample them all. 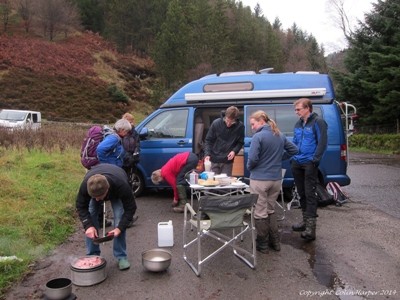 This year’s walk took place on a mild November day towards the end of the month which usually guarantees some boggy sections and so it proved to be. As usual the event was meticulously planned using Tranter timings for the proposed route around the kinder massif. Alan and Gill had graciously offered to provide a bacon buttie stop in the morning and tea stop in the afternoon which was appreciated by all. 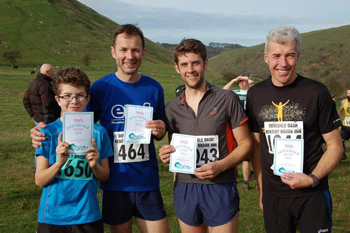 Well, 2014 has been a year of firsts for me. First year as a teenager (luckily I’m not grumpy…yet!), first year at my new school and my first time at army cadets (to name a few).However, a first that really stood out was my first time running the Dovedale Dash...............

We had only just got into our places when it started. I raced down the hill, avoiding fallen bodies and rather menacing patches of muck.

Read the full article ( and the truth, behind this year's Dash)
by Jack Neath

Read the full article ( and the truth, behind this year's Dash) by Jack Neath
Dovedale+dash+2014.pdf
Adobe Acrobat document [504.6 KB] 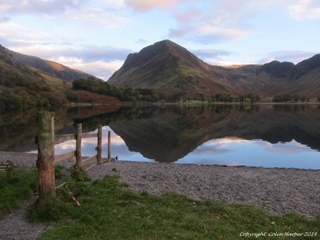 There were dire warnings on the Derwent chat room: rain, floods, more rain, enough to bring back memories of all those water ravaged Lakeland weekends. In the event, Buttermere was at its early autumn best throughout the weekend with rich warm colours glowing in ever changing light. The juggling of cars outside Birkness Cottage (FRCC) on the Friday night was not too complex, and by eleven, final cups of tea had been finished, vague plans suggested, and sleeping bags occupied. Another wild Lakeland evening. 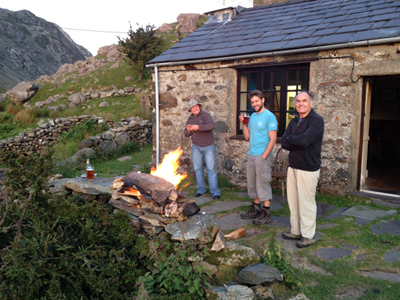 A group of us headed to this superbly situated Climbers’ Club hut on the south side of the Llanberis Pass for the weekend..........

An early start the next morning saw Greg Jennings, Paul Trethewey, Dave and I walking up to Cloggy. Dave and I climbed Piggot’s Climb, which despite being given the modest grade of VS, has a very tough fourth pitch (fortunately it was Dave’s lead). 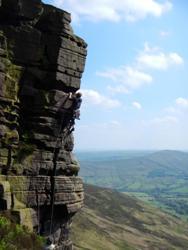 It was time to dust off our Over the Moors Guide and head to the Southern edges. A pleasant walk up past Ringing Roger took us to our first stop Upper Tor for the classic Upper Tor Wall (HS). If you have not done this route it almost justifies the walk in its own right.

I first did this solo, during a family walk in 2003, before Cameron’s first birthday and was keen to do it again, as was the Wookie (George’s new name since Jeff decided he looked like the love child of Harrison Ford and Chewbacca). 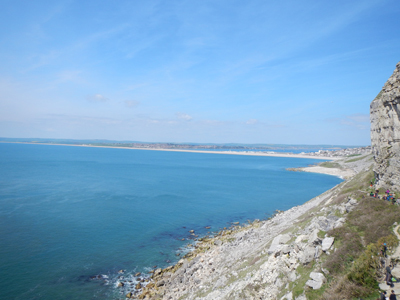 Great climbing beckoned with bright sunshine and warm weather forecast, as a compact DMC group met in Dorset for the early May Bank holiday meet.

I arrived late on the Saturday and joined Jon, Ed and Paul for an enjoyable romp up Monsoon Malabar, a two-starred 6a arête. The others had been climbing for some time, and Jon, Ed and Paul notched up 10 climbs that day, a mix of mainly 6 a’s and b’s, all starred routes. Meanwhile further along Greg and John were happily swanning up the Jurassic fossil-studded Limestone rock on another section of the crag. 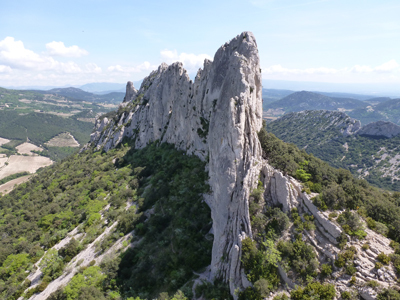 With rain forecast for Normandie, we packed up the tent and headed to the Poitou-Charentes region, south of the Loire valley with the intention to climb at La Guignoterie - site d’escalade de Puygirault in the afternoon. On arrival the weather was great, dry sunny and much warmer than the cooler north so we set up camp at Camping le Grand Pre. Saint Pierre de Maille (municipal of course) before heading to the crag a short drive away.
Apparently the crag is a well-known stop over for climbers heading for southern France / northern Spain. Advice warns of the clouds of mosquitoes in warm still summer conditions, though this was Easter and so there wasn’t a mosquito in sight ! 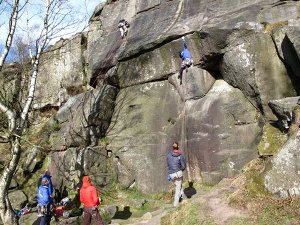 I am glad to say the first climbing meet of the year went really well, long may it continue! The weather was not as pleasant as forecast, being pretty cool with strong winds throughout the day, which made slabs a worrying prospect.

Despite this 14 (including Jack), made it out, I have not managed to speak to everyone that attended, but a conservative estimate would have at least 20 different climbs were done, ranging from Diff. to E4, so a really active day 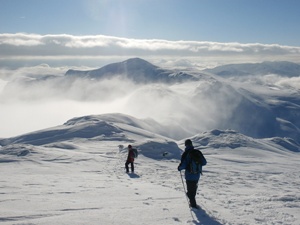 Another decent turn-out braved the foul weather forecast and reports of masses of deep snow falling since December in South-westerly gales. Unfortunately both turned out to be correct for once, along with the avalanche forecasts which predicted sorrow for anybody rash enough to ascend a north-facing gully, corrie or indeed anything at all.

Terrified by all the doom and gloom I hedged my bets by going to the football on the Saturday (beat Torquay 3-1, thank you for asking) so I pitched up on Sunday evening..... 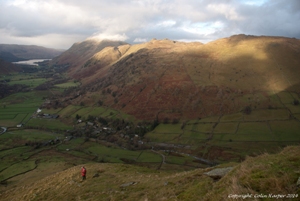 Arriving at the hut just after 10pm on Friday night, there was doom and gloom. John, who lives in the Lakes, had brought the weather forecast for the weekend which for all intents and purposes said that the weekend would be crap. However it turned out to be a most enjoyable and entertaining weekend; possibly one of the best meets I can remember with challenges and comedic assertions to rank with the best. 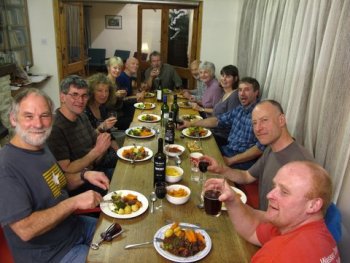 It's not every hut where you can sit in the lounge and look out through the patio doors across miles of open country. You can do just that at Low Sterne, but the downside is that you're facing South West, so if there are some deep depressions about you can see every downpour racing in and you get full value as it sluices down the double glazing.